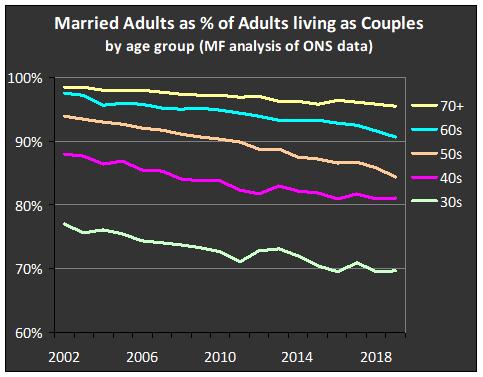 ONS has released new population estimates of marital status and living arrangement in  England & Wales from 2002 to 2019 Here’s what Marriage Foundation Research Director Harry Benson has to say: “The number of people who are married in England & Wales remains at over 23 million, close to the highest levels since 2002. Despite the slow […]