A personal letter from Harry Benson for those thinking about getting married. 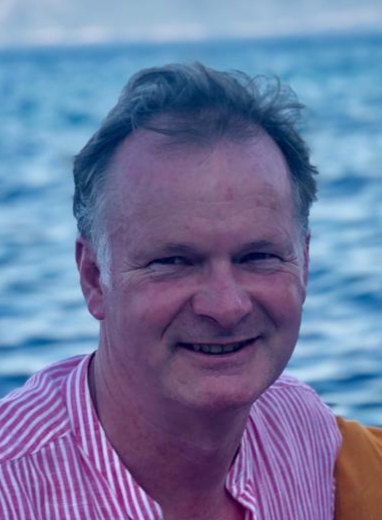 I got married to Kate on a glorious summer’s day in a beautiful English country church. I was a young Navy pilot. Kate was an even younger budding cookery whiz. We couldn’t have imagined a more brilliant wedding day. Kate looked stunning and smiley in her flowing white dress. The bridesmaids were pretty and well-behaved. The service was traditional. I even noticed the flower arrangements. My military friends in their smart uniforms put up a ceremonial arch of swords outside the church as we emerged. Photos were taken. Our families and friends were on good form. The afternoon reception party flowed out of the tent and into the sunshine. At the end of the day, we were whisked away by helicopter – how else – to start our married life. All was well in Benson-land. We were young and invincible. The world was at our feet. What could possibly go wrong!

Of course married life doesn’t always work out as well as we presume. Sure, everyone has their ups and downs. There are occasional glitches here and there. It’s slightly the point of saying “for better for worse, for richer for poorer, in sickness and in health”. But we all hope we’ll spend more of our life in the “better/richer/health” bit and try not to think too hard about the “worse/poorer/sickness” bit.

The good news is that for most couples, married life does work really well. The stats say that most couples getting married today will stay married for life.

The bad news is that for the rest, married life doesn’t work out quite the way we’d hoped and dreamed. I’ve told Kate’s and my story  in more detail in my book Let’s Stick Together – how our marriage went right to the brink of divorce some eight years after that glorious summer’s day, and how we then managed to put things back together again.

Nobody ever thinks it will happen to them. And for most it won’t. But if only Kate and I had done some sort of short and simple pre-marriage relationship course, we are certain we would never have got into the mess we did. Even today we still pay the price of those bad habits we learnt in those early years. They come back to trip us up every now and then.

Fortunately we are so much stronger and wiser now. We know how to avoid most blips and sort things out when we do. Blips are never much fun. But nor are they the end.

So what can you do to make sure you never get into the mess we did?

Treat yourselves to a marriage preparation course.

There are all sorts of different courses around the country. They vary from a few weekday evenings to a single Saturday. The pattern of most courses is that the person or couple running the session will usually explain a particular idea or principle. You then get to talk about it with your other half. There’s no counselling. There shouldn’t be any group work or role play. Yuck. I’d hate that. But you should walk away from the course feeling really confident about your relationship and feeling well-equipped to face life’s “slings and arrows” together. In short it should be far more interesting and helpful than you ever expected. And the research evidence is that these kinds of courses can significantly improve your odds of success in the early years of marriage.

The most popular pre-marriage course in the UK at present happens to be run by church groups. Whether you are interested in church or not won’t be an issue. The course is called the Marriage Preparation course and it’s brilliant. This particular course is usually run on five weekday evenings spread over a month or so. You get fed, which helps if you’ve just come back from work. And you get to learn some new things and then talk about them with your loved one. The sorts of topics covered include commitment, communication, differences, values, sex. There is no role play and you don’t have to share anything with anyone other than your loved one.

We specially recommend the Marriage Preparation Course because it’s good and it’s fairly widely available. But there are other good courses around the country. Most are run through churches, reflecting the particular emphasis the church puts on making marriages work. But, although a lot less widespread, there are also perfectly good secular courses.

If you can’t find a Marriage Preparation Course near you, the website 2-in-2-1 should be able to help find other courses, as well as providing a great deal of useful information and articles on marriage, relationships, and the different types of courses.

“We took the course just a few weeks before our wedding in June. We have been singing its praises ever since – and know of at least two couples who are going to do the course as a result.”

“It came as a great reassurance to learn that couples who have been married for some time still don’t know all the answers.”

“I have to say that I was very reluctant to even consider going along. But I went. Not only was it surprisingly painless but some of the common sense teaching really helped us.”

“The one thing I’ve taken away from the course is the knowledge that it’s fine to have differences – even big ones.”

“The course was invaluable.”

“We knew our relationship was very strong, especially in terms of communication. But it wasn’t until we took the course that we realised that there was so much more we hadn’t talked about. A lot of things surfaced that we hadn’t even thought to discuss.”

“We are aware of things like Thinking the worst and Opting out and we now recognise it and can put a name to it.”

“We are still not perfect, but we feel very confident that there is nothing that we cannot talk through and resolve.”

“We feel closer than ever now and would recommend this course to anyone!”

“We are now married and are feeling very confident that ours is a love that will last.”