Home » Blog » Church school report: 10 out of 10 on marriage, but next time show your workings!

Church school report: 10 out of 10 on marriage, but next time show your workings!

The Church of England has just released its response to the Department for Education consultation on Relationship and Sex Education (“RSE”) in schools. The 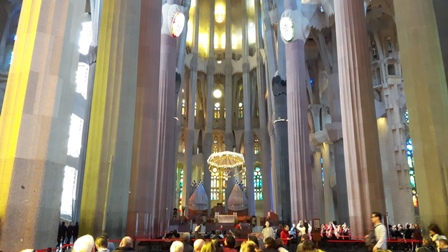 The Church of England has just released its response to the Department for Education consultation on Relationship and Sex Education (“RSE”) in schools.

The really good bit is their robust and unashamed view that marriage must be included in RSE as:

However, somewhat depressingly, BBC news and The Times both latch onto the recommendation that lessons must encompass “the understanding of abstinence and celibacy as positive life choices“.

In a #MeToo era, it should strike normal mortals as pretty extraordinary that highlighting the importance of saying “no” to sex is quite so newsworthy. But it is, apparently.

Alas I fear the church’s prescriptive response, littered with phrases such as “DfE must … ” or “pupils should …”, will merely engender incredulity that abstinence could even be a possibility among our young millennials, for whom what feels right is the guiding principle, let alone recommended best practice.

I’ve just done a BBC radio interview today where the opening question, expressed with incredulity, was “is the church unrealistic and out-of date?”

My answer was no. The church is spot on.

But it wasn’t my point that the introduction of birth control in the 1970s had broken the link between sex and commitment that caught my interviewer’s attention.

Nor was it my point that we now have the highest rate of family breakdown in the developed world because of the trend away from marriage and commitment: nearly half of all British teens are not living with both natural parents; and this is a serious problem because of the link between family breakdown and teenage mental health.

No. What caught the interviewer’s attention was when I discussed American evidence that sleeping with more than one partner has a negative effect on your subsequent marriage.

The study ‘Before “I do”‘ (download pdf here), by two of my favourite researchers Galena Rhoades and Scott Stanley, is well worth a read because it highlights how strongly our personal history influences our subsequent marriage, or to paraphrase them “what happens in Vegas … follows you around”.

Previous research had already shown that having just the one partner reduced your chances of divorce. But in this study, they showed that the 23 per cent of men and women who had only ever had sex with the person they eventually married also reported higher quality marriages. And for women, the more previous partners the less happy she was likely to be.

So the church is right to express caution about having sex when it feels right and to link sex with marriage or encourage abstinence.

But maybe next time, instead of banging a drum marked “quirky and unworldly dogma”, which is how I suspect much of the press view the Church of England, may I humbly encourage the church to make better use of the drum marked “evidence”.

And if they don’t know where to find it, have a look at the research section of our website and some of my blogs, such as my brief on what the research has to say about relationship education.

Ultimately the best programmes do benefit teens, but more for those who see the same values mirrored at home.

And there’s the rub. What teens see and experience at home has far more effect on them than anything they will ever learn in a few hours at school.