It’s Marriage Week! Our theme is ‘The Forever Conversation’ What better time to launch Harry Benson’s new book on cohabiting and commitment. COMMIT OR 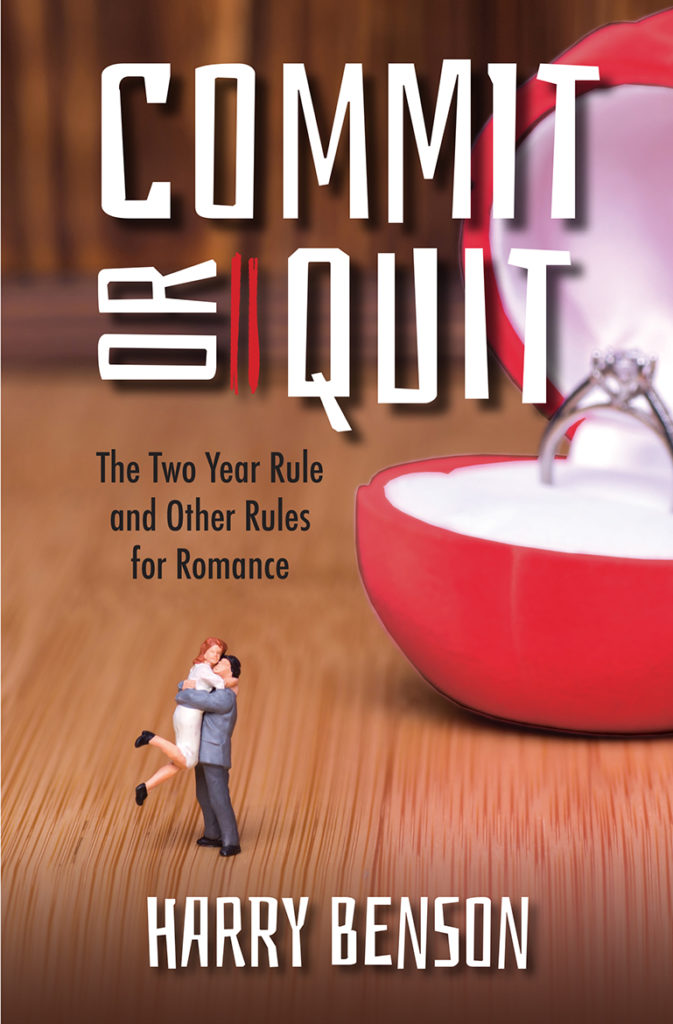 It’s Marriage Week! Our theme is ‘The Forever Conversation’

What better time to launch Harry Benson’s new book on cohabiting and commitment.

Find out more about Marriage Week

Buy the book at Amazon (and please leave a review when you’ve read it!)

or even cheaper directly from Harry – postage included – UK only

Article on ‘The Two Year Rule’ in the Sunday Times

Attitudes to sex, relationships, and marriage have changed enormously over the last fifty years.

We have undergone a sexual revolution. Society is less stuffy, less rigid, and less patriarchal. There is more individual choice, freedom, and sex.

It has been an unmitigated improvement to human development, hasn’t it?

Birth control changed the game. But we are not yet playing it very well.

The result is unreliable love and the highest levels of family breakdown in history.

All of us still want love that lasts. Almost all teenagers tell us that they still aspire to the dream of happily ever after. Marriage remains at the forefront of the dream because it’s a promise that signals such clear intent and the beginning of an adventure.

Yet the stats tell us that more and more fall short of the dream. And I’m not talking about divorce rates, which have been falling steadily since the 1990s. I’m talking about the huge break-up rate among couples who don’t marry.

If it were just that they weren’t getting married, that wouldn’t matter. But it’s the hard evidence that if you don’t get married, you’re so much less likely to stay together.

Unmarried parents comprise one in five couples yet account for half of all couples that split up.

Marriage undoubtedly has its barriers. People think they have to have a vast and unaffordable wedding party. Men in particular can’t see the point of that. After all, couples live together and have children together. They don’t look any different from married couples. So why bother? And it’s a good point.

What almost nobody talks about is that cohabiting is not risk-free.

People think that moving in together early in a relationship is the obvious thing to do. You can spend more time with each other more than if living apart, you can find out more about living with each other, and of course living together cuts your costs. What’s not to like?

But there is a downside.

It’s really easy to slide into living together. But what if things are less than perfect? The very fact of living together makes it hard to leave. Breaking up is hard to do. So couples drift on in an uncertain relationship, not really clarifying how committed each partner is, possibly not even talking about it much, hoping that things will improve, but ultimately stuck.

My book acknowledges that moving in early is the new norm. It’s not going to change. But what I hope will change is that couples can do it so much better.

My book gives couples some simple principles that either give you the best chance of making things work or give you an exit route.

Years ago, when my oldest children were teenagers, I knew I wanted to give them some clear ideas about how to choose well and how to avoid getting stuck.

And so I came up with the rules for romance and started thinking about a possible two year rule – if you’ve been together two years, you really ought to have had a serious conversation about your future together.

Amazingly my six kids, now all young adults, have applied these rules really well. Yes, for all you dads especially, kids do occasionally listen!

Several times, one of my girls has come to me and said they have a new boyfriend who is ‘marriageable’. That’s one of the rules.

I cheered inwardly when they told me that!

But the girls have then also come to me and said they’ve dumped a boyfriend who wasn’t ‘fighting for her’. That’s another rule.

I’m very proud of my children for making such good choices so far, both about whether to begin a relationship and whether to leave if necessary, to commit or quit.

The two year rule is my attempt to give them, and couples generally, an exit route from a drifting relationship. After two years together – for young adults, rather than teenagers – you’re not likely to find out much more that helps you make a decision. That’s the time you should stop drifting, agree a plan for the future, and either commit or quit.

Generally drifters are more likely to be the men. If it sounds sexist to single out men, it’s not. There is really good evidence that men’s commitment is especially linked to decision-making and willingness to sacrifice. And more often than not, if one partner is less committed than the other, it’s the man.

This is why so many women in particular get stuck in relationships. Moving in is a huge step of commitment to a woman but much less so to a man,

In the opening chapter of my book, I tell a true story of a couple who have got stuck, only for the woman to find out that the man has been cheating.

Their future was in her head, just not in his.

I doubt many people think this will happen to them. But it does. That’s the risk of moving in early and getting stuck.

My hope is that ‘Commit or Quit – The Two Year Rule and Other Rules for Romance’ will help many couples achieve their dream, or it will set them free.