Home » Blog » Divorce has no effect on children? Not so fast …

Divorce has no effect on children? Not so fast …

Parents at war ‘more harmful than divorce‘, ran a headline in the Times yesterday. The accompanying article reports on a new study that claims 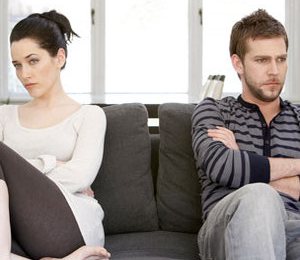 Parents at war ‘more harmful than divorce‘, ran a headline in the Times yesterday.

The accompanying article reports on a new study that claims “interparental conflict may be even more harmful to a child’s development than parental dissolution itself“.

The study – which you can read in full here – attracted my attention for a couple of reasons.

The first is that this is the first UK study – to my knowledge – that attempts to link conflict between parents with subsequent outcomes for their children. This has only been shown in the US.

Back in 2001, leading US researchers Alan Booth and Paul Amato published a groundbreaking study that showed how the level of conflict between parents before they split up has a profound influence on all sorts of ‘soft’ outcomes for children – the way they feel about themselves, the way they relate to their parents, peers and teachers.

In particular, they showed that children tended to do worst either when parents fight (‘high conflict’) and stay together or don’t fight (‘low conflict’) and then split up. This latter finding seems counter-intuitive until you realise that a divorce following a ‘low conflict’ relationship makes no sense to children if they don’t see it coming.

The second reason is that the new UK findings appear to fly in the face of the US finding.

Instead of showing that children are better-off out of a high conflict relationship, this suggests exactly the opposite: children do worse not because of the divorce but because of high levels of ‘interparental conflict’.

So I made myself a cup of tea and set to reading the study itself which, by the way, is brilliant. So well done Gloria Moroni, PhD student at the University of York. I really mean that. I don’t agree with your conclusion, but the way you’ve done the study is fabulous.

There are however, in my opinion, a couple of important provisos. I’ve also discussed some of the technical aspects with my colleague Professor Steve McKay at the University of Lincoln.

The key to this study, using the same Millennium Cohort Study data that we often use at Marriage Foundation – but looking at it far more thoroughly – is the amalgamation of a single factor called ‘interparental conflict’ out of a group of questions that parents were asked about their relationships.

When you look at the list of questions from which this factor is created, you can see the problem immediately. Here are the abbreviated questions asked in the first wave of the study when the children were aged 9 months.

In the later surveys, when the children were aged 3 years and 5 years, some of these questions were repeated, along with a further question

Apart from this latter question, and possibly the one about making up after an argument, its hard to see how these questions reflect ‘interparental conflict’.

What they actually measure are shortcomings or problems or deficits with the relationship. It is somewhat self-evident that couples who don’t have a very good relationship go on to divorce.

So the more prozaic conclusion from the study is that people who have relationship problems go on to divorce. Their children are then more likely to face emotional or relational problems.

Although I loved the way the analysis was done, there are some important technical issues.

First of all, it’s not at all obvious that adult problems are what cause child problems. It could just as easily be the other way round. Any parent will know that when a child is ill or in difficulty, it can spark very different responses – which causes stress and arguments – between mum and dad. So it’s perfectly plausible. and likely, that the causal link goes both ways, from parent to child and child to parent.

Second, the sample size used is less than half the possible total available. There may be great reasons for this. But the word ‘attrition’ doesn’t feature in the study.

Third, there’s a common assumption that the happier a couple, the better the outcomes. This is what’s called a linear relationship. The problem, as we have shown in our analysis of the same dataset using some of the same questions, is that the relationship is actually curvilinear. The happiest and unhappiest couples both tend to do best. This study assumes that ‘interparental conflict’ – which I’ve now shown isn’t really ‘conflict’ at all – is linear. It’s not.

And fourth, the new study assumes that married and cohabiting parents can be combined to form a single group of couples. ‘Divorce’ in the study covers married and unmarried parents. That might be fair enough. However our analyses suggest it isn’t. There may be important differences between married and cohabiting parents – such as in the transmission of commitment between parents to commitment to their children, especially by way of father involvement – that have been disregarded.

Having said all this, there are some really interesting new findings in this study.

Both of these findings should be of interest to policymakers.

However what the study definitely does not show is that conflict between parents, not divorce, is what causes problems for children.