Home » Blog » In one earner families with young children, 90% of the time it’s still dad that works and mum that stays at home

In one earner families with young children, 90% of the time it’s still dad that works and mum that stays at home

New data from the Office of National Statistics shows that three quarters of all mums work. However what the data also reveals is that 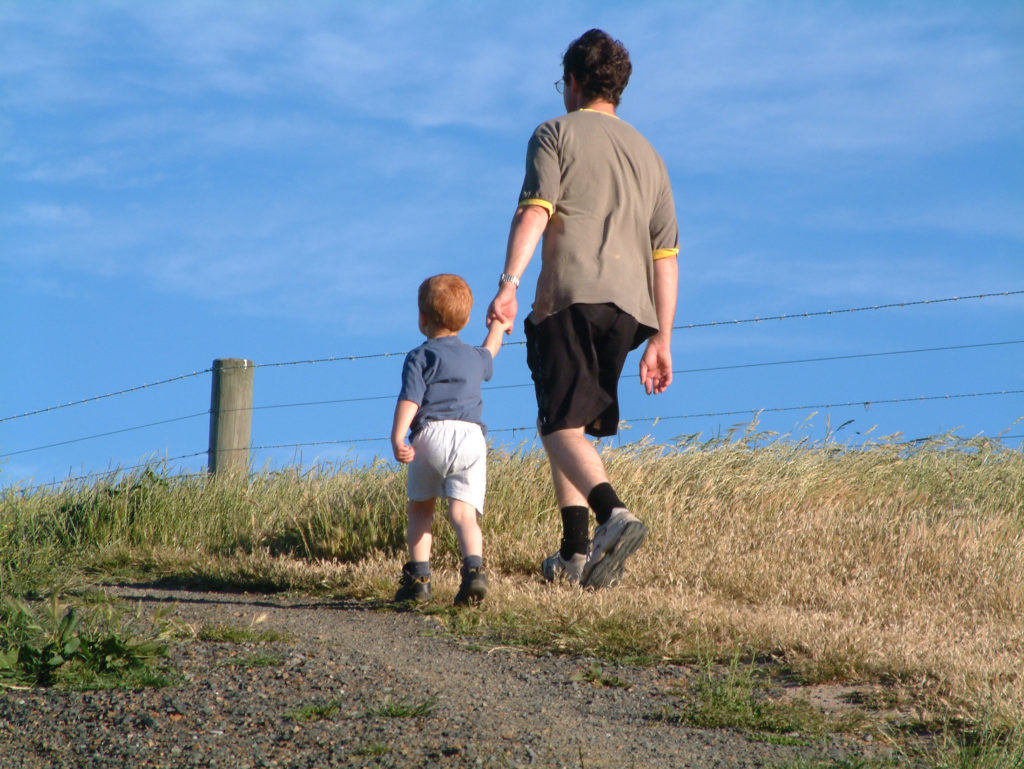 New data from the Office of National Statistics shows that three quarters of all mums work.

However what the data also reveals is that when only one parent is in work, it’s invariably dad who works and mum who stays at home.

This ratio hasn’t changed in any meaningful way despite two decades of public policy and social pressure to encourage both parents into work.

I’d previously looked at this issue for my book ‘What Mums Want and Dads Need to Know‘.

My new up-to-date analysis shows the same story. My one page briefing note is available here.

These charts show exactly how little change there has been: 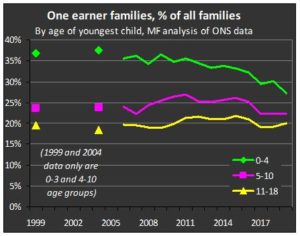 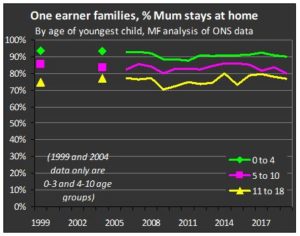 Since 1999, one quarter of families overall have one parent who stays at home. Among parents of younger children, this proportion is higher. Where the children are older, unsurprisingly, there are fewer stay-at-home parents.

These proportions have remained fairly consistent with one exception. Throughout the past two decades, roughly one third of families of children under four have had one parent at home. It’s only since 2017 that there has been any real sign of change, with the proportion dropping to 27 per cent. This looks like the beginning of a new trend that may be related to the roll-out of Universal Credit.

Otherwise, there’s been little change in the proportion of one earner families with older children.

However what is most striking is the extraordinary consistency with which in one earner families it tends to be the dad who earns.

For those with a child under 4, 90 per cent of one earner parents in 2019 were dads and stay-at-home parents were mums. Over twenty years, that proportion has remained between 87 per cent and 94 per cent.

For those with older children, unsurprisingly, more mums are the breadwinners. But it’s still the case that for around 80 per cent of the time, it’s dad who works and mum who stays at home.

In other words, despite all the public policies, tax breaks, incentives and other social pressure to put more dads in charge of child care and mums in work, there is no evidence whatsoever of any change in family roles. Nothing has changed. Nothing!

As a father of both daughters and sons, I am a huge champion of equal opportunities for both women and men alike. In our house, we are dismissive of the concept of glass ceilings for Benson women or Benson men. If you want to achieve something, we say, have a go. You can do it. Whether builder, nurse, actor, doctor, teacher, financier, entrepreneur, engineer, programmer, Prime Minister, somebody has to do it. It might as well be you.

But even if men and women have equal capacity for different working roles, what this evidence shows is that they don’t necessarily have equal orientation to family roles.

Men and women are different in the way they do family for one obvious and compelling reason.

Women have babies and men don’t.

It’s this that influences family orientation and preferences. Not always but in general.

So it’s hardly surprising that in families where one parent stays at home, it’s going to be mum. Not always but in general.

Human nature is like that. In this case, 90% of the time.