When Marriage Foundation was first launched in 2012, I was invited on to ITV’s This Morning show, whereupon I was ambushed by their agony 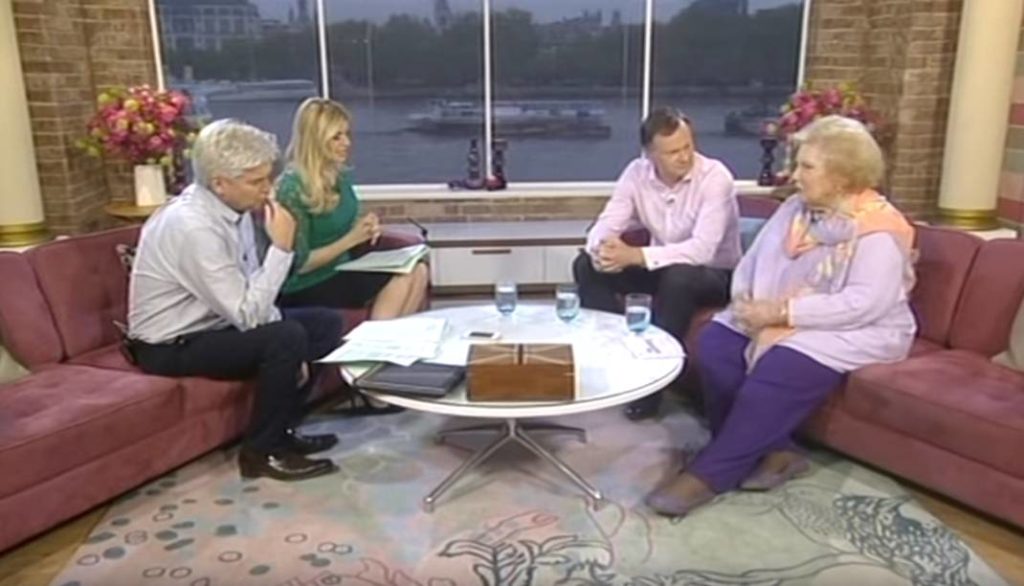 When Marriage Foundation was first launched in 2012, I was invited on to ITV’s This Morning show, whereupon I was ambushed by their agony aunt, the late Denise Robertson. She was fuming as she talked about women she knew who had been divorced against their will. “What do you think it’s going to do to those women to be told their children’s life chances are ebbing way?” she thundered, reading a quote she had taken from our website.

I like to think I handled the subsequent grilling OK. I didn’t get defensive. I acknowledged the amazing job that lone parents do. And I highlighted that the purpose of Marriage Foundation was to rebuild confidence in marriage so that fewer parents end up on their own.

You can watch the exchange here and decide for yourself.

Alas until last weekend, I’m not sure I’d ever fully appreciated her point. It took an unexpectedly revealing conversation with somebody very dear to me to open it up.

You see, even if Denise made an assumption that I judge lone parents and their children, I’ve always known the truth of what I really think. I know I am full of compassion for the situation lone parents find themselves in and full of admiration for how on earth they manage.

As a parent myself, I know how hard it is to do the job with two pairs of hands. My wife and I can divide up tasks and responsibilities. We can support and encourage one another. And quite frankly we can usher one another away from the scene when we lose the plot and get a bit too tired and emotional. There is somebody else to take over.

So I’ve always thought that anybody who can manage the same job with one pair of hands is truly amazing.

You have to do everything because there isn’t anyone else to palm off roles and responsibilities. You’re full on all the time, even if you’re tired or losing it. You have to keep going. OK so you don’t have to negotiate with a co-parent who may be acting like another child. But whatever you decide, it’s only you to do it.

And through all this, you’re probably coping with less money than most and certainly a lot less time. You may also have to swallow your pride and rely on benefits.

And then some idiot comes along and tells you that your kids are more likely to have problems at school or end up in jail.

That of course has never been how I intend our stats to be used. They simply reveal the reality that parenting is tough on your own. If that wasn’t so, there would be no case for encouraging couples to stay together.

So this is in no way a judgement on the effort and care and love and skill that you put in.

Alas, that’s not what my friend told me last weekend. Even if she knew I had always supported her in practical ways, she had always felt judged. Despite this, she had long ago made a decision to remain friends with me because she didn’t want to lose contact with my family.

I think I’d always known that there was a blockage between us. But I had never really figured out what it was.

I’m not like that, I tried to explain. Surely you know how much I admire you for bringing a child up on your own? It has never even occurred to me to judge you.

As evidence, I told her what had happened years ago when somebody in my own family had told me she was pregnant, with no obvious father on the scene. Knowing that I was a champion of marriage, she too had assumed that I would judge her. Yet as soon as I found out, I couldn’t have been more thrilled for her. Our relationship instantly deepened from that moment as she realised how much I loved her and did not judge her. Why would I?

So back to the conversation with my friend this weekend. It was incredibly brave of her to admit that she had always felt judged, even if my actions over the years suggested otherwise. It gave me the opportunity to tell her the truth. I now hope that after years of assumptions, she can really believe it and it will change our relationship.

It was a very emotional moment.

I know that few women choose lone parenthood as their preferred lifestyle choice. It was never the dream.

I now realise that, even when I try to qualify any stats I use about lone parents with a word of admiration, some people are only going to hear me being judgemental. I’m not and never have been. But I do need to be a lot clearer about this.

So if you are a lone parent, let me say loud and clear what I’ve always thought but you might not have heard.