Home » Blog » Should cohabiting couples have the same rights as married couples?

I’ve written about this subject before. But having just been to parliament to give evidence to the Women and Equalities Committee, it’s worth going 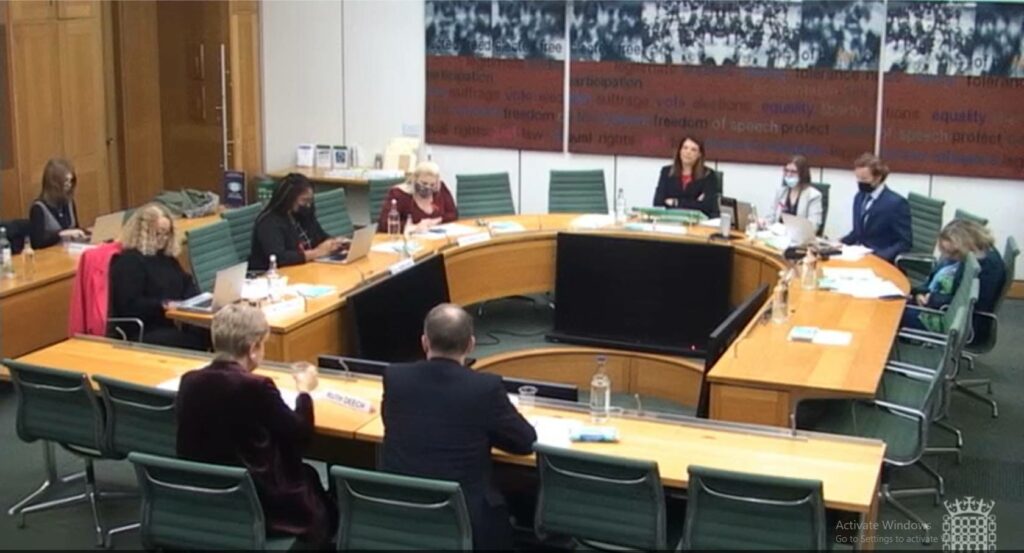 I’ve written about this subject before. But having just been to parliament to give evidence to the Women and Equalities Committee, it’s worth going over the story again because to many it will be counterintuitive.

(You can watch my contribution to the committee here, from about 15:08)

The problem in question is that many cohabiting couples find they do not have the same sorts of rights and protections as equivalent married couples following either break-up or death. This can create tremendous injustices where, for example, a woman sacrifices her career to bring up children only to be left penniless when her partner walks out with all the money that he says is his. Lawyers and others therefore argue that cohabiting couples should acquire the same or similar rights as married couples. I sympathise greatly.

However my basic premise is that if we automatically provide marriage-like rights to cohabiting couples, we risk undermining commitment and creating ever more family breakdown that affects couples and children, precisely the problem we are all trying to avoid.

Let’s start with the reason married couples have any rights at all. For hundreds or even thousands of years, almost all societies and governments have recognised marriage as the best way to link couples so that when they have children, fathers are committed to mothers and don’t run off leaving mothers in the lurch.

Cohabitation is a new social phenomenon. Prior to the 1960s or 1970s, it barely existed. Sure, people slept together and babies were born ‘illegitimately’. But the vast majority of babies were born within marriage. Hardly anyone, perhaps one percent of parents, lived together without being married when they had their babies. In England and Wales, data going back to the late 16th century supports this view.

So even if society has now normalised unmarried cohabitation, we need to be careful before the state and the law remove the unique status of marriage. There are very good reasons why the act of marriage is qualitatively different to the act of cohabitation.

First, marriage involves a decision. Marriages don’t just ‘kind of happen’. They involve a deliberate step. Making decisions binds people to that decision. For example, if we decide to go for a walk, we will probably be fine if it rains a bit; if we say let’s see how it goes, we may give up at the first sign of rain. Remove the need for a decision and you undermine commitment.

Second, marriage involves a plan that removes any lingering ambiguity. Marriage sends a clear signal to each other. That question ‘will you spend the rest of your life with me?’ makes it crystal clear where you both stand. There’s no doubt, no ambiguity, no scope for different views of commitment. Successful businesses start with a plan. It’s no different for relationships. Remove the need for clarity and you undermine commitment.

Third, marriage involves social affirmation and accountability. When I got married, I was more nervous than I’d ever been in my life, including being under fire in the military. Committing to one person means saying no to all the other options. But when I saw my friends and family saying ‘great choice, Harry’ I knew it was a good decision. Thirty five years later, it still is. Remove the need for social affirmation and accountability and you undermine commitment.

Of course you can get all of those ingredients if you live together. But you necessarily get them if you marry.

I sympathise with lawyers who see these difficult cases. But let’s get some perspective. After Scotland passed a cohabitation law in 2006, a University of Edinburgh study found some 1,000 couples sought legal advice in the first four years. That’s 250 couples per year, half of whom had children. So that’s 125 cohabiting parents per year seeking justice. Now contrast that with the 20,000 or more children experiencing family breakdown every year, which is 36% of the 59,000 children born in Scotland (our Marriage Foundation study of UK families found that 36% of 15 year olds were not living with both natural parents).

So for every adult experiencing an unfair breakup as an adult over which they do have some control and choice, 160 children experience family breakdown of their parents over whom they have no choice.

That’s the issue. Yes, there may be a hardship in some cases that needs to be sorted. But don’t normalise cohabitation as if it were the same as marriage. It’s not. It’s a giant social experiment never previously seen in human history for good reason. The ingredients of relational success are necessarily present in marriage. They can be there in a cohabiting couple. But not necessarily.

In another Marriage Foundation study, we found that 24% of parents who were married before their child’s birth split up by the time the child was aged 15. Compare that with 69% of the unmarried parents who split up. It’s a huge different in odds.

We shouldn’t be pretending marriage and cohabitation are the same. If we do, we risk further undermining commitment and creating more of the instability and family breakdown we are trying to avoid.