When we are finally released from house arrest and given our freedom back, one group of people can breathe a particular sigh of relief. 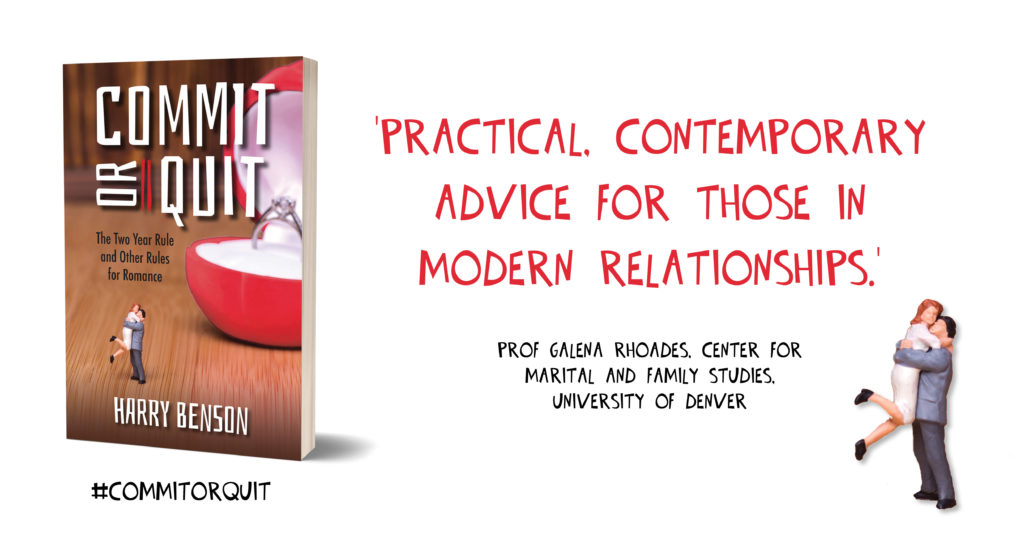 When we are finally released from house arrest and given our freedom back, one group of people can breathe a particular sigh of relief.

Couples who have been thrown together for the duration of lockdown have a one-off opportunity to call it a day. For those whose relationship wasn’t turning into happily ever after, the end of lockdown springs a trapdoor that gives couples an exit route.

’I’m going back to my parents’.

In more normal times, this trapdoor can be hard to find.

Most couples tend to think about moving in together early on in the relationship as a win-win. There’s the sheer convenience of being in the same space, lots of time together, easy access to sex, and of course a big reduction in living costs. What’s not to like?

The first is ambiguity. Having moved in together, couples have most of what they want for everyday living. What they don’t necessarily have is the security of a clear plan for the future. That explicit commitment might be assumed and therefore never quite addressed. Or it might just feel too risky to face the conversation.

Things are fine now. So maybe it’s easier to avoid talking about the future and put up with the ambiguity and assumptions.

The second is inertia. The very fact of living together makes it harder to leave, should you wish to do so. Rather like lockdown itself, it’s easy to move in without much of a plan but it’s a whole different ballgame trying to move out again.

As a result, the temptation is for couples to forgo the dream and stick with second best in hope that things will improve.

I was talking recently to a man in his twenties who was about to move in with his girlfriend ‘to see how it goes’. So clearly set was he on this path that not for one moment had he considered how hard it would be to leave if it didn’t.

Ironically research suggests that couples who are living together to ‘test their relationship’ are the ones most likely to split up. But even they need an exit route to overcome the ambiguity and inertia,

The end of lockdown offers that exit route. But at any other time, we need a catalyst that makes it easy.

That’s the point of the ‘Two Year Rule’. After two years together, couples know enough about each other to be able to make a decision one way or another, to Commit or Quit.

Studies of decision-making suggest that once you get beyond a certain level of information, you might feel more confident but you don’t become any better at making decisions. Two years seems enough.

As part of the research for my book ‘Commit or Quit – the Two Year Rule and other Rules for Romance’, I surveyed over 300 adults who overwhelmingly agreed. Couples should have a serious conversation about their future within two years as an optimum and three years as a maximum.

And in a more robust analysis I did with my colleague Professor Steve McKay of 25,000 adults who cohabited in the 1980s or 1990s, we found that couples were most likely to marry or split up at between two and three years. Living together longer failed to improve their chances of staying together, unless they married.

I begin my book with a true story of a woman who finds out her boyfriend has been cheating on her after six years together. She was waiting for him to propose. But instead of eyeing up wedding rings, he was eyeing up another woman. Their future was in her head, not his.

Six years wasted. Don’t let it happen to you.

Commit or Quit – The Two Year Rule and other Rules for Romance, by Harry Benson