Home » Blog » Why couples should get married

Why couples should get married

Everybody wants reliable love. Adults want it. Children want it. So it’s in everybody’s interests to find out what gives us our best chance 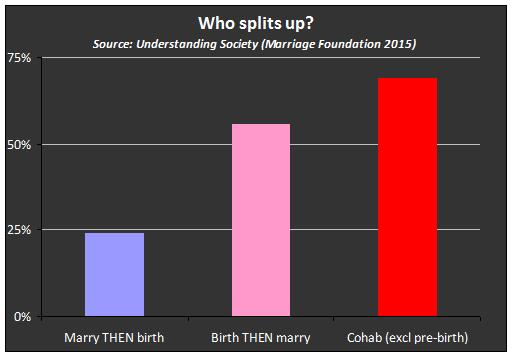 Everybody wants reliable love. Adults want it. Children want it.

So it’s in everybody’s interests to find out what gives us our best chance of achieving this.

According to commitment theory, there are two forces or bonds that keep couples together.

For most people, getting married represents the ultimate step of dedication. The agreement to spend the rest of their lives together requires a mutual decision by the couple that removes any lingering ambiguity and sends a clear signal that puts them very obviously on the same page.

The plan is to stay together for life. It may not work out. Not all do. But that’s the plan. No business is successful without a clear plan. Why should relationships be any different?

Celebration of that plan at a wedding gives a couple affirmation that they have made a good choice. After all, choosing to commit to one person for life means choosing to exclude all other possible choices. This is the great risk of commitment, which is why the support and accountability of friends and family is important.

The consequence is that most marriages are successful. Most stay happy and most last for life.

Up until the 1970s, when the contraceptive pill became widely available, cohabiting was rare. Couples met up, fell in love, found out about one another, and only then got married, moved in together and had children, in that order.

Birth control broke this link for the first time in human history, making it possible to cohabit without the risk of pregnancy.

Today cohabiting has become socially accepted, whether as an alternative to marriage, a stepping stone to marriage, or even a temporary living arrangement.

The problem is that human nature and the rules of commitment have not changed.

This is the problem for cohabiting couples who haven’t yet married. Living together and having children together on their own are not sufficient evidence of a clearly decided and agreed plan to spend the rest of their lives together.

Of course some couples – the minority – do make their relationship last for life without a formal step of commitment. And well done them. The chances are they have made a plan and told friends behind the scenes.

Why wouldn’t anyone want to know that?

Yes I know some people have an ideological objection to marriage. Then form a civil partnership. Although new and untested, the psychological process appears very much marriage under a different name.

Yes I know many are put off by the perceived need for an expensive wedding. You don’t need that. Two American studies have shown that it’s who you have and not what you spend that counts. Having more friends and family at a wedding is linked to higher quality and stability of marriage. Unnecessary extravagance is not.

You want reliable love and so do your children. You should also want legal protection.

So get married both for your own sake and theirs.