Home » Blog » Why did so many cohabiting mums have relationship problems during lockdown?

Why did so many cohabiting mums have relationship problems during lockdown?

Our new research shows that 20% of parent relationships improved, 70% stayed the same, and 10% worsened during lockdown. But cohabiting mums have struggled 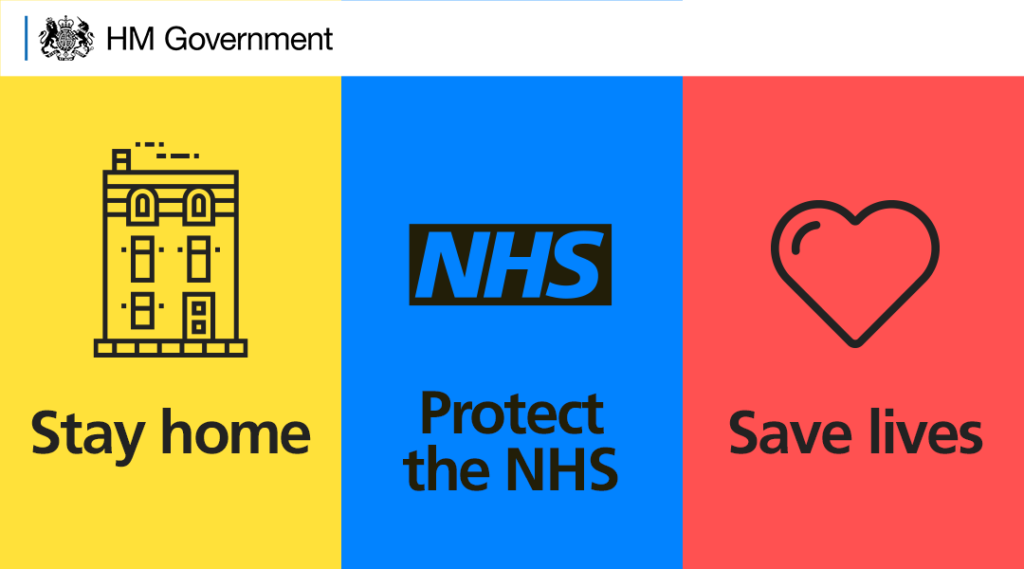 Our new research shows that 20% of parent relationships improved, 70% stayed the same, and 10% worsened during lockdown. But cohabiting mums have struggled far more than anybody. Why?

There’s been a huge amount of speculation about what lockdown has done to relationships.

The media have talked up a supposed boom in divorce rates. There’s rather more evidence that mental health problems have increased. This is hardly surprising. For those whose lives feel precarious at the best of times, its easy to imagine how lockdown could have pushed them over the edge.

But what has really happened to mainstream relationships? How has the typical family fared where both parents and children have spent far more time at home than ever before?

We have some really great surveys in this country to give us an answer.

A special Covid-19 survey in May for the national household study Understanding Society showed that relationships between parents and their children kids had IMPROVED for about one quarter of families – including lone parents – and WORSENED for between 4% and 7% of families.

The subsequent survey in June looked at relations between parents. And that’s what I and my colleague Professor Steve McKay at the University of Lincoln have now analysed.

Our new analysis look at 2,559 parents who live in a couple household, whether married or unmarried cohabiting.

There are two main findings:

This is a pretty astonishing finding. 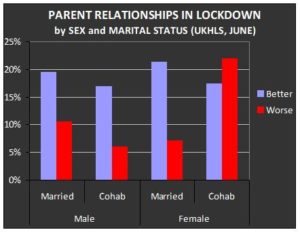 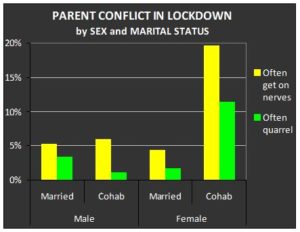 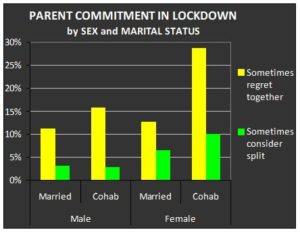 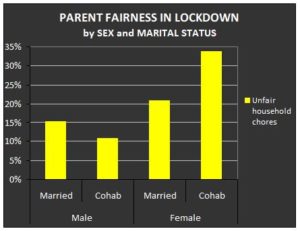 This is very specific to cohabiting mothers:

For me, the most plausible explanation is about commitment and men.

I think that’s why most parents – across the board – said their relationship hadn’t changed or had even improved.

But for some couples, that extra layer is especially uncomfortable if we’re in any way unsure how much our partner really wants to be with us. At best there’s ambiguity and uncertainty and we just don’t know. At worst, there’s asymmetry and they really are less committed than us.

This is where the gender difference comes in. In married relationships both men and women have both bought in to the same plan of a lifetime together. So we wouldn’t expect to see much of a gender difference in how married parents viewed lockdown.  However in cohabiting relationships, it tends to be men who are the less committed ones. It’s not always the men who are the less committed ones, but mostly. And it doesn’t apply to all cohabiting men, obviously. A minority of cohabiting parents do perfectly well and look to all intents and purposes like the majority of married parents.

And it’s this that explains why cohabiting mums who live with them have had more of a raw deal than anyone else.