From new year’s eve, heterosexual couples will have the same opportunity to formalise their relationship as same sex couples through either civil partnership or 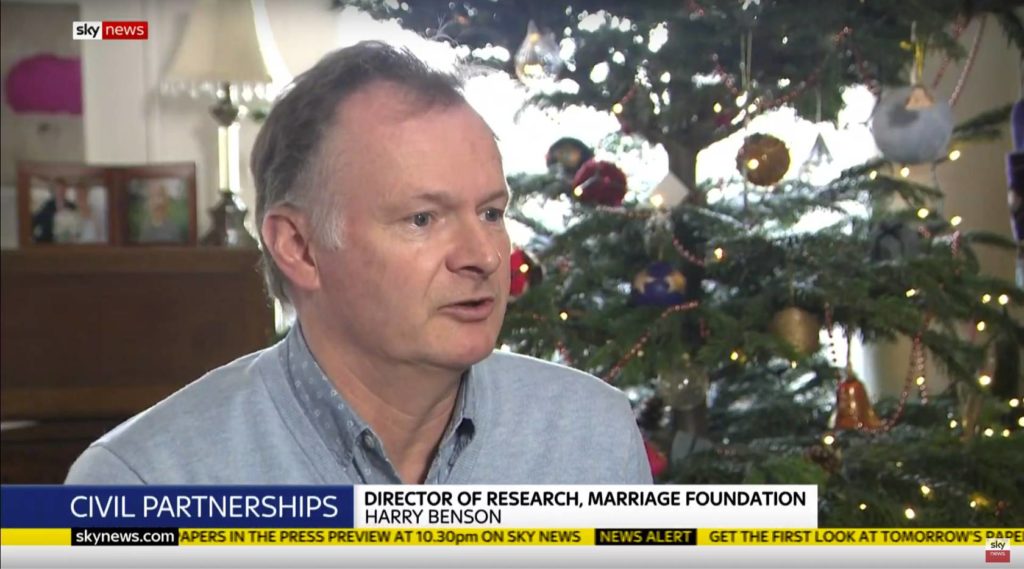 From new year’s eve, heterosexual couples will have the same opportunity to formalise their relationship as same sex couples through either civil partnership or marriage.

The introduction of civil partnerships is an anomaly, stretching back to 2004 when a legal equivalent to marriage was introduced for same sex couples without actually calling it ‘marriage’. Subsequently the right to marry was extended to same sex couples in 2014.

In theory there should no longer the need for same sex civil partnerships and they could have been phased out. But the Supreme court decided otherwise, ruling that heterosexual couples should have the same choice. So here we are.

I just can’t see couples preferring civil partnerships over marriage in their droves, even with the passage of time and social acceptability. Marriage is too deeply ingrained in our culture and psyche.

In terms of hard evidence, however, there is an interesting parallel in France. Civil unions, called PACS, were introduced in 1999. Since then, marriage rates have continued to decline in much the same way they have in the UK. But there are now nearly as many couples signing a PACS as getting married. The net effect has been to increase the overall number of new formalised relationships from about 300,000 per year in 2000 to about 400,000 per year today. And, in terms of stability, that must be a good thing.

Haven’t I just argued against myself?!

While acknowledging the success of the French PACS scheme, I think its popularity rests on the income tax breaks that couples get. PACS doesn’t confer the same rights as marriage. However if you live together as a PACS couple you can be taxed as a couple in the same way as married couples. This gives couples with one higher earner a huge incentive to sign a PACS and thus reduce their tax bill.

This is very different to the UK, where there is no income tax advantage to being married or in a civil partnership. Everyone is taxed as an individual.

However if you are on lower income and have children, there is a huge incentive to live alone – or pretend to do so – because tax credits or universal credit are assessed on household, not individual, income. If you include your partner’s income, you can lose some or even all of your welfare payments.

This perverse “couple penalty” encourages couples to cheat and pretend they live apart. A few years ago, I demonstrated that there were 240,000 more supposed lone parents claiming tax credits than there were actual lone parents! That means a minimum of 240,000 couples cheating …

When we ran the story via the Sunday Times, HMRC confirmed that they were investigating at least 100,000 suspected cases of fraud. So this is not me just making it up.

No wonder, so many couples at the lower end of the income scale choose not to get married when they have children. Our research has shown that nearly nine out of ten parents with children under five in the top income quintile are married compared to just one in four parents in the lowest quintile.

Some couples have an ideological objection to marriage because they think it contains the baggage of religion and patriarchy.

I think this is mistaken on both counts. Two out of three weddings involve civil ceremonies. So that deals with the religious aspect. And patriarchy is about power of men over women. Power in a relationship rests with the person who is less committed. They have least interest in the continuance of the relationship and are therefore least likely to behave with kindness and consideration.

In unmarried cohabiting relationships where there is asymmetric commitment, two out of three times it is the man who is less committed. That is where you find patriarchy.

In marriage, commitment is the same for both partners. It’s for life. No ambiguity or asymmetry. That is equality, not patriarchy.

Am I in favour of civil partnerships then?

Although we will have to wait some years to find out, I suspect these advantages will translate to civil partnerships in a similar way.

What makes marriage work better than not being married is the clarity of plan and lack of ambiguity. When you get engaged, you are agreeing to spend the rest of your lives together. You are putting yourselves on the same page. No ambiguity. No asymmetry where one person is more committed than the other. When you get married, you are making your commitment official to family and friends.

Of course you can do this without getting married. But it’s this combination of clear and public commitment that sends all the right signals. There’s every reason to believe that civil partnership contains much the same ingredients.

I just hope the new government can realise that if they really want to boost stability for adults and justice for children, they will get to grips with the perverse “couple penalty” that pays families to live apart.